The cloud security test that unveils a shocking result

The insecure cloud computing services can be a huge risk for companies because they are a regular goal for cyber criminals. Researchers have demonstrated how vulnerable or poorly configured cloud services can be, after deploying hundreds of honeypots designed like an unsecured infrastructure, some of which seem compromised by hackers in only a few minutes. […]

What is the difference between day-to-day IT and Cyber Security?

Do You Use One Of The 200 Most Common Passwords In Canada?

Cybersecurity company NordPass, which sells password management services, has published a list of the 200 most common passwords in Canada. It claims that too many Canadians use passwords that can be easily guessed. Password preferences among Canadians This year’s list of passwords is topped by the usual suspects, such as “password”, “qwerty”, “abc123” and different […]

Canadian Businesses and the Rise of Ransomware Attacks

67% of the 460 Canadian companies surveyed said they had been victims of ransomware in the past 12 months, some more than once. These figures are far higher than many suspect, and are both surprising and revealing. Just over 10% of respondents said they had been attacked by the same ransomware multiple times because they […]

More Than IT, A Business Matter

Every day, cyber-attacks are targeting supply chains, and other critical business sectors. Therefore, every type of business – without exception – must consider cyber-attacks as a threat, making it an enterprise-wide issue, not just an IT issue or one limited to a single department. Bigger, better, stronger…and organized Cyber-attacks involving ransomware were an isolated and […]

The History of Cyber Security

But where did Cyber Security begin? It was not always like this: the dangerous virtual environment we currently live in. Cyber security began in 1972 with a research project at ARPANET (The Advanced Research Projects Agency Network); a precursor to the internet. Bob Thomas, a researcher, created a computer program called ‘Creeper’ that could move […]

How A Business Continuity Plan Can Save Your Business

Assuring the continuity of all operations is crucial for the manufacturing industry in order to avoid a costly production halt. Unfortunately, not all manufacturers are prepared to deal with adversity.  Producers may encounter a wide range of hazards, from natural disasters to data loss, that can disrupt operations for hours, days, or even weeks. The consequences of a production halt  Every […]

Here’s what to do to avoid being pwned 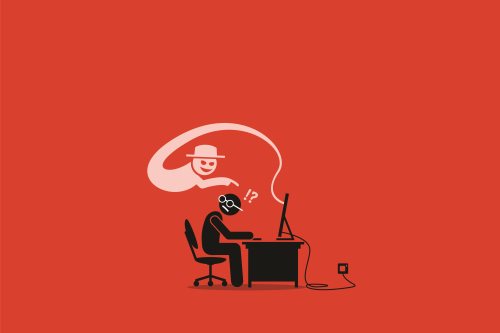 First things first, what does ‘being pwned’ even mean? The word ‘pwned’ derives from the verb ‘to be owned’. According to the urban dictionary, this term originated from the online game Warcraft, where a map designer misspelled the word ‘owned’. So initially, people used the term in the online gaming field to express that a […]